Ruca coming to us was divinely guided. After the sudden loss of our beloved Joe three years ago, I was still not yet ready to move forward with getting another dog. Over the years, though, I missed having a dog. I have always had dogs and it wasn’t until Joe’s separation and Ruca’s current reunion did I realize that I am a true dog person and I need a dog to help me be my best self. The brightness and joy that Ruca brings into my days is notable and important. A dog’s presence of love and playfulness brings magic to moments that otherwise would be plain.

The story of her coming to me is fateful for many reasons. The idea to pursue her came as a surprise but I followed that path to the point that I knew not following it would be wrong. Have you ever experienced that? That’s how this whole experience felt.

In April, I had a lot on my plate and, if it had been up to me, I would not have chosen to add a six-week-old puppy to that plate. But then I awoke one day and just knew that it was time to search for my dog. The time was right now and, even though I wasn’t ready (would I ever be ready??), I heard God’s calling loud and clear. There was a sudden intensity to my mindset. I was one-track: GET THE DOG. FIND THE DOG. SEARCH HIGH AND LOW FOR THE DOG. Having spent the last three years in jaded misery about dogs and losing the one I loved the most, this new mindset was definitely not my own. This calling let me know that I had a new assignment; I was ready to answer the call. 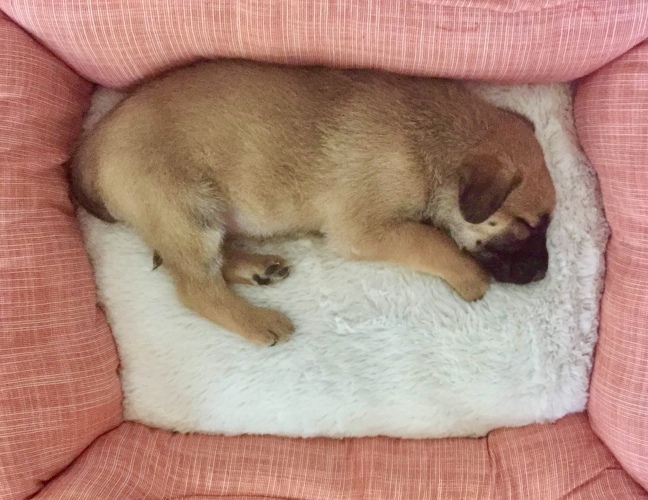 On Monday, April 27, I declared to my mom that we would be getting a dog on Saturday, May 2. In the meantime, I just had to find the dog. I reached out to friends and the internet, researching to find the one. My research showed that there were no dogs at all: the shelters and the breeders were sold out of dogs, as folks now home due to COVID-19 had scooped them all up (a good thing for shelter dogs, of course, but a letdown for my mission). I spoke with a local seller who advised that there would be no new pups for purchase until late June and the prices would be sky-high, thanks to supply and demand.

I was very confused. My feeling was that I would have a dog by Saturday, but the facts led me to a dead-end. Had I misinterpreted my intuition? How could this fever lead nowhere? On Friday night I gave up and went to bed feeling sad and defeated.

But on Saturday morning I awoke to a text from my mom. She had been up late the night before searching Craigslist for dogs for us. She found someone who was selling German Shepherd and Lab mix puppies. There were only a few left, and ready to be picked up on Saturday, May 2. I immediately told my husband the good news. By the instant smile on his face and the raise of his eyebrows, I knew that we were going through with this.

We met our girl in a Walmart parking lot three hours later. Her little brother came along too, and I could not tell which of the two dogs was the one. I had relied on my feelings to get us to this point, and now I didn’t have any feelings??! But then I heard myself asking if the male pup was needy. (What led me to ask this about him? It was not on my list of questions. Again, divine guidance). The answer was a definite yes, while his sister was quite independent. This was the answer I needed to help make my decision. My husband liked her coloring so much, she was definitely “cool looking” (his main requirement). When asked which of the two pups my son preferred, he also pointed to the female. With all three of us on the same page, in the car she went and the adventure began! 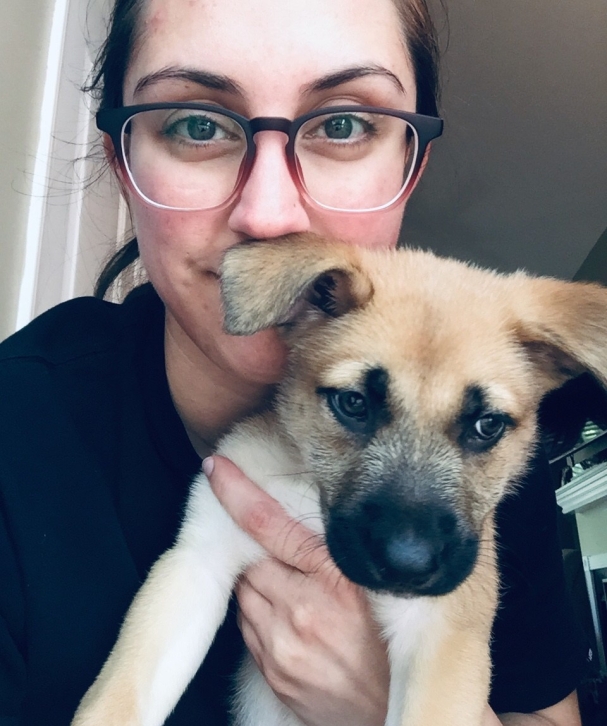 My husband named her Ruca, from the Sublime song “Waiting for my Ruca.” Fun fact: he put that song on a mixed tape for me over a decade ago and the opening randomly features a dog barking, making this a full circle love story.

It’s been three months since that fateful Saturday, and Ruca is nothing short of a perfect fit. Her once white coat matured to the most beautiful caramel color. I love the sound of her paws thumping the floor as she gallops through the house. She enjoys playing and finding things to chew on. I think that she is most impressed by soft blankets and my son’s moving trucks. Night time in the crate was tough for her, which was tough on us. So, we gave in and let her sleep on our bed – something we did immediately with Joe but were resistant to this time around. That firs night, her little body found its way against mine and snuggled under my hand. Suddenly and surprisingly, I felt the cold, iced-over, jaded part of my heart from some devastating losses begin to melt.

Ruca’s journey to us is an illustration in the importance of trusting the intuitive voice within, even when it doesn’t make sense and especially when we don’t want to. Dogs are healers, after all, and I’ve realized that this is part of why she is here now. What I didn’t know in the Walmart parking lot that fateful day was that in addition to bringing home a dog, I would also bring home a happier and more fulfilled version of myself.

2 thoughts on “In the Parking Lot, What I Didn’t Know”

WELCOME TO THE JOURNEY 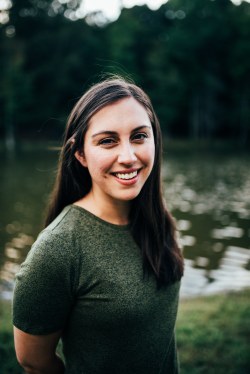 Hello and welcome! My name is Emma and The Honest Journey is written to promote honesty and authenticity throughout our life’s journey. I’m so glad you’re here!